Posted at 06:09h in News & Events by designedge

Have you ever jokingly made a comment that was taken so seriously that it resulted in hordes of people mailing a piano company to give you free piano? You probably haven’t but famous musician Nick Cave can definitely relate to that.

Here’s how the story goes according to Nick Cave’s very own blog, The Red Hand Files.

After his incredible “Idiot Prayer” performance on a FAZIOLI piano at Alexandra Palace, Nick Cave made a comment that would stir up the internet. But before that, he first spoke about his amazing experience playing on the FAZIOLI.

“The moment I sat down at the FAZIOLI, its warm, soft, nuanced sound spoke to me like no piano had spoken to me before. I was swept away by its extraordinary tonal range. It whispered to me. It roared at me. It was the most beautiful instrument I had ever played.”

Now coveting to have his own FAZIOLI piano Nick Cave light-heartedly tells his fans, “Now, one of the things you may or may not know about being a famous musician is that companies give you *things for free…Being the principled individual that I am, of course, I have never sponsored a musical instrument (in that respect, I am virtually alone in my field) but I just loved that FAZIOLI.”

“So I said to my manager — Time to sell my soul. Time to make a call and get me a FAZIOLI.”

His manager does just so, and confidently makes the call to FAZIOLI’S Italian Headquarters to try and score a free piano. A hilarious scene ensues as the woman who picked up the call first confuses Nick Cave with the actor Nicolas Cage before later admitting she never heard of him before. The woman then eventually gets to the point and asks: “Who are you? What do you want?”

To that, Nick’s manager replies: “Um, a free piano.”

It’s no surprise but the woman on the other end promptly hangs up the call leaving Nick back at square one. This marks the conclusion of Nick’s blog post.

However, dedicated fans took this post seriously and before you knew it, a tsunami of letters from fans were mailed to FAZIOLI in Italy asking the piano company to gift Nick Cave a FAZIOLI piano. His fans even set up a GO FUND ME page to raise funds to buy a FAZIOLI for him.

We end the story with Nick addressing his fans’ concerns saying,

“While I appreciate the gesture, my post was a light-hearted piece and not to be taken seriously. The phone dialogue between my manager and the ‘woman from FAZIOLI’ was more than a little embellished for comic effect,’ wrote Nick, ‘The tsunami of mail has left our friends at FAZIOLI a little shaken, so while I love you all – no more mails to FAZIOLI, please! They are wonderful people.’

It would seem like nothing happened in the end, but from his wife’s Instagram, Susie, we were excited to see that Nick indeed now has his own dream FAZIOLI piano. See the photos and videos below to learn more! 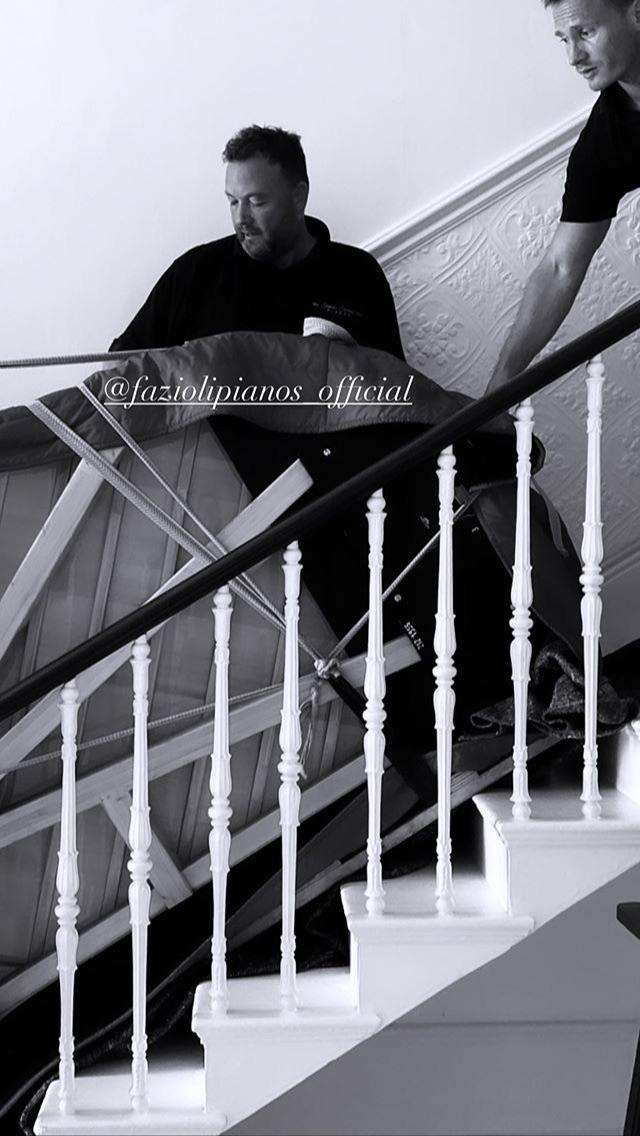