Posted at 14:54h in Uncategorized by showcase pianos 0 Comments
Share

In the middle of October 2007, the F183, F212, and F278 arrived in Vancouver. The F278 arrived just days before the Angela Hewitt concert at the Chan Centre! These are the first Fazioli pianos to arrive in Vancouver.

The new store is called Showcase Pianos, and is located at 1224 West Broadway – between Oak and Granville, just one block west of the Toys ‘R Us sign! We were able to obtain the phone number the belonged to Music Man Pianos: 604.437.5161 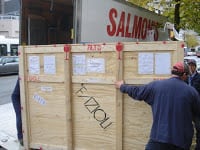 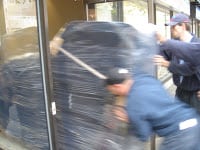 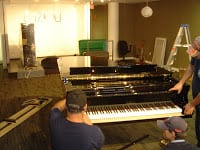