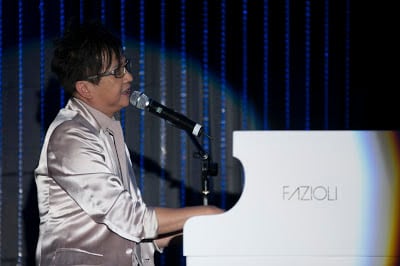 Posted at 11:18h in Uncategorized by showcase pianos 0 Comments
Share

VANCOUVER, BC – On Thursday the 18th of October Hong Kong
Superstar Anthony Lun came to Vancouver to support the Chi Heng Foundation’s
annual fundraiser by playing on a beautiful white Fazioli F183 that was
handmade in Italy.
ANTHONY LUN: In the world of rising stars, few have achieved
originality and a defined technique as Anthony Lun. After graduating from the
University of Michigan as a classical pianist, Anthony started his singing
career in the United States, performing at various exclusive places and at the
same time, working as a producer in many recording studios.
From 1986 to 1989, Anthony Lun’s main target is song arrangement,
producer and musical director. He mixed the western music essential with
Cantonese pop music. He composed over 300 songs with 42 No.1 hits from 1986 to
1997 and he also released about 20 albums.
Besides the awards mentioned, Anthony Lun was the Best Male
Vocalist of the year of Commercial Radio in 1991. During 1992, the song “I
Said I Want You To Be Happy” was the Most Performed Song of the year of
Television & Radio Hong Kong. ” I Said I Want You To Be Happy”
and “Why Did I Let You Go?” were the Best Songs of The Year of
various multi media. Besides that, Anthony Lun also won the Most Outstanding
Youth of Hong Kong Award in 1993, Cartier Achievement Award in 1995 and
Composer Achievement of Commercial Radio HK in 1998.
CHI HENG FOUNDATION: Founded in 1998, the Chi Heng
Foundation is a charity registered and based in Hong Kong with offices in
Henan, Anhui, Beijing, Shanghai and Guangzhou.  It is a non-government organization whose
programs are funded by private donors, business, and partner NGOs.
CHF primarily focuses on paying for the children’s education
and living expenses, making sure all funds are delivered directly to schools
and programs by our staff. CHF does not operate orphanages or foster homes.
Instead, local relatives often take in the children, allowing them to continue
to grow up in their native villages. To further decrease their sense of social
stigma and isolation, CHF places the children in schools that purposefully
integrate the orphans with children not affected by HIV/AIDS. These efforts aim
to give orphans a stronger sense of community and belonging.
FAZIOLI:  Founded in
1979 by pianist and engineer Paolo Fazioli, the ultra-fine pianos are now
considered to be the pinnacle of what is being produced in the world of pianos
today.  Showcase Pianos is the exclusive
dealer for Fazioli pianos in the Canadian province of British Columbia.   http://showcasepianos.com 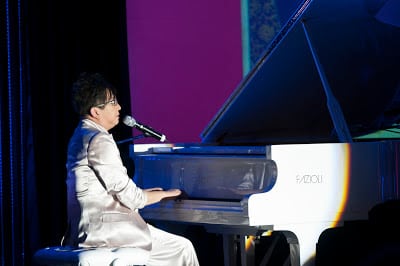 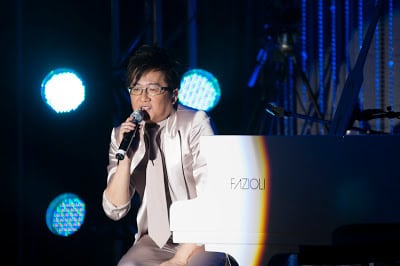