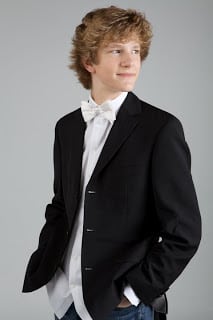 29 May Jan Lisiecki on Fazioli with VSO

Posted at 10:49h in Uncategorized by showcase pianos 0 Comments
Share

VANCOUVER, BC – On Saturday the 2nd and Monday the 4th of June, Calgary’s superstar Jan Lisiecki will perform with the VSO on a very rare Fazioli F278 Concert Grand.   Fazioli pianos continue gaining recognition around the world as being the very best piano in production today.   Each one is handcrafted in Italy over a period of 3,000 hours.

ABOUT JAN LISIECKI: Hailed by critics worldwide for his mature and poetic
playing, Jan Lisiecki made his orchestral debut at the age of 9 and has since
given over 50 performances with orchestras worldwide, including the National
Arts Centre Orchestra, Montreal Symphony, Quebec Symphony, Minnesota Orchestra,
Sinfonietta Cracovia, Suwon Philharmonic Orchestra and Sinfonia Varsovia, to
name a few. On January 1, 2010, Jan had the honor of opening the 200th birthday
celebrations of Chopin at the composer’s birthplace, Zelazowa Wola. That same
month, he gave a dazzling performance of Chopin’s Piano Concerto No. 1 in E
minor at the MIDEM Classical Awards Gala in Cannes, France. In April, Jan was
asked to substitute for Nelson Freire in four concerts in France, and in May he
opened the Seoul International Music Festival in South Korea. To celebrate
Canada Day in July, he performed for Her Majesty the Queen of England in front
of 100,000 people on Parliament Hill in Ottawa.
Jan has played at Carnegie Hall, the Warsaw Philharmonic
Concert Hall, Seoul Arts Centre and Salle Cortot and has shared the stage with
Yo-Yo Ma, Pinchas Zukerman, James Ehnes and Emanuel Ax. He has performed in the
United States, Korea, China, Japan, France, Germany, England, Scotland, Italy,
Guatemala, Germany, Poland and throughout Canada.