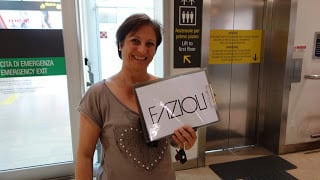 Posted at 10:51h in Uncategorized by showcase pianos 0 Comments
Share
VENICE, ITALY – Five year old Ryan Wang and six year old Ray Zhang traveled to the Fazioli piano factory in Italy this summer to perform at the Fazioli Concert Hall.  Forming part of the entourage of the 2 boys were their two mothers, their piano teacher FaFan Xiao and her husband Don, two of Vancouver’s best videographers – Guy Roland and Dave Hamilton, and also myself.
Coming off the plane we were greeted by transportation arranged by the Fazioli factory.  The pianists and their mothers arrived the night before, the videographers came in just a few hours earlier on the same day – and then I arrived together with the piano teacher FaFan Xiao and her husband.  We were happy to see the Fazioli sign and were delighted that we didn’t miss an important connection in JFK.  Although we had an hour to change to the next plane which was literally the next gate over, we still had to clear customs and go through security again, leaving us to run and make it just in time to the next plane.
Our arrival at the Venice airport meant that we still had to travel north another 35 minutes by car to the small town of Sacile where the Fazioli piano factory is.  Sacile has a population of 20,000 people, and it is where the Fazioli family had their original furniture factory.
This trip to the factory allowed us to have a sneak peak at the custom made Fazioli F308 that has a case designed by renowned Vancouver architect Ernest Collins.  Made mainly from Red Elm, the piano also has – among other things – 24k Gold Leaf, inlays of Satinwood and sections Mother of Pearl.
Our videographers filmed Ray and Ryan’s performance in the concert hall, as well as an interview with Mr. Fazioli as he discussed the construction of the special F308 concert grand piano.  Mr. Fazioli also toured our group through the factory being followed the entire time by the videographers.  Mr. Fazioli also arranged for his little 6 year old daughter to be brought to the factory to meet both of our little pianists.
Our tour of the area finished in Venice itself, where we stayed in the Gritti Palace hotel.  Since I visit Venice regularly to go to the piano factory, I try different hotels to see which one I like the best – and this was going to be a new one for me.  The Gritti Palace had recently undergone an enormous renovation, and the results are spectacular.  It’s definitely the finest hotel I’ve ever stayed in Venice.
Since the videographers were planning to interview me as part of the documentary on  the special F308, I suggested that this be done in the Gritti Palace Hotel.   We wrote to the hotel manager to let them know of our intentions, and they upgraded my room to a beautiful suite that has an antique harpsichord in the living-room area.  When we checked in, they called out the manager to come and meet Ryan Wang in person.
After only two nights in Italy, I had to head back to Vancouver right away.  Although I needed 3 flights to get home, I used up all of my airlines points to upgrade my last flight from JFK to YVR to first class.  Since it’s a rare treat, I took a photo of my self in the enormous chair.  Flight attendants hand out pyjamas to everyone, and also put an extra mattress on your seat for extra comfort.   Now I’m spoiled.
– Written by Manuel Bernaschek 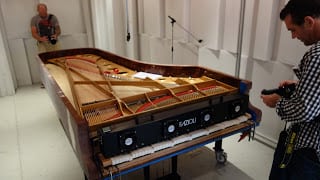 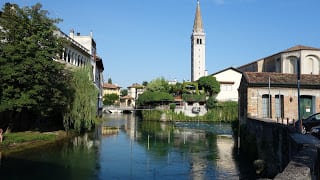 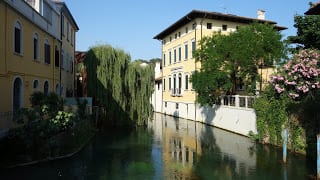 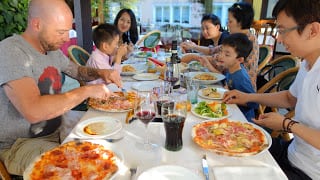 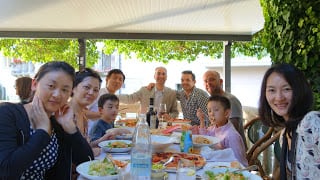 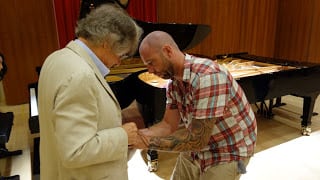 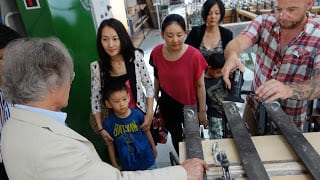 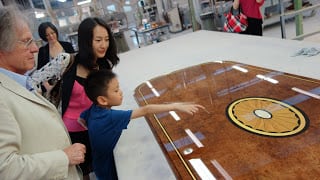 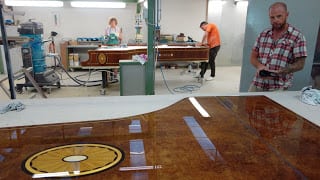 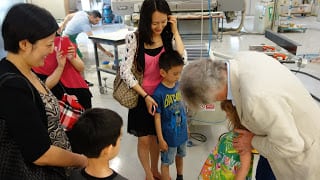 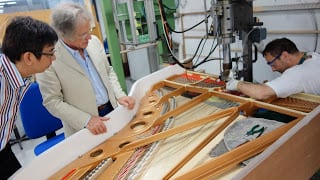 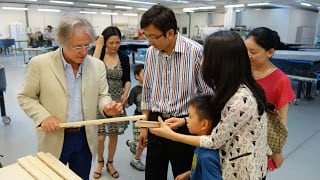 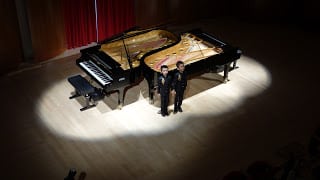 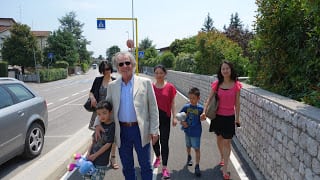 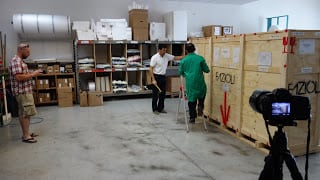 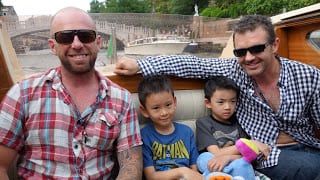 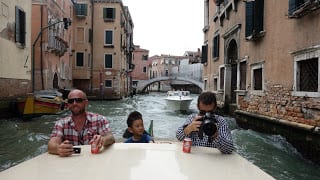 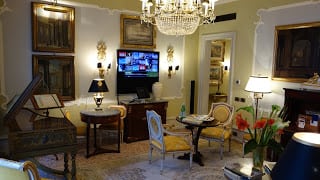 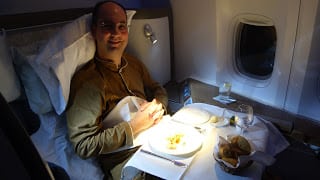