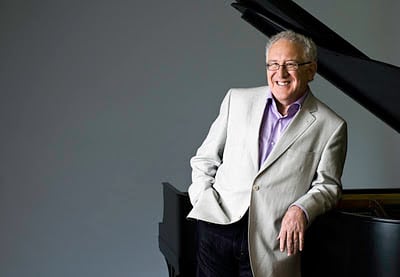 Posted at 17:10h in Uncategorized by showcase pianos 0 Comments
Share

RICHMOND, BC – Recognized as one of Canada’s premiere pianists, Robert Silverman has reached a level of musical and technical authority that can only be accomplished after years of deep commitment to the instrument and its vast literature. Many aspects of Silverman’s playing are frequently noted: a polished technique, an extraordinary range of tonal palette, an uncanny ability to sing his way into the heart of a phrase, and probing interpretations of the most complex works in the repertoire.

Robert Silverman resides in Vancouver where he was a faculty member at the UBC for thirty years, served a 5-year term as Director of the School of Music in the 1990s, and was awarded an honorary Doctor of Letters in 2004.  He now devotes himself full-time to concertizing and recording.  He is frequently heard on the CBC English and French radio network; and he has recorded for EMI, Stereophile, Marquis Classics, OrpheumMasters and CBC Records.
On Sunday the 13th of November he will conduct two masterclasses at the all new Showcase Academy on the 3rd floor of Richmond’s Aberdeen Centre.   Masterclasses are 2 hours long and open to the public, but seating is limited.  Only 4 students are allowed per masterclass and for a cost of $100 each student is given 30 minutes.  To enroll please call Rachel or Julie at (604) 270-8861 or contact them by email: info@showcaseacademy.com