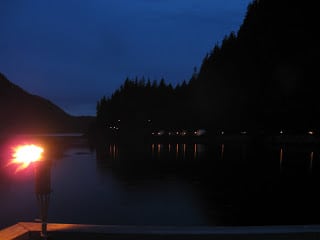 28 Aug A Surprise For My Wife…

Posted at 17:13h in Uncategorized by showcase pianos 2 Comments
Share

Before I tell you about what was possibly the greatest anniversary surprise of all time, you should first of all know that my wife Judy is nearly impossible to surprise – she can almost always tell when I’m up to something, or when any little thing is out of the ordinary. I knew I would also have to create clues for a fake surprise, in addition to working on the real one.

Two years ago, for our first wedding anniversary, we took a trip to Orcas Island and stayed in our friends empty house. So, to lead Judy in the wrong direction, I arranged for that same friend to leave a message on our home phone saying: “Hi Manuel! Umm… This doesn’t sound like your cell phone – but any way, August 23rd is fine!”

I knew Judy would stumble on the message, and she would assume that I was trying to surprise her with another trip to Orcas Island. I had her fooled right down until the last minute, but once we arrived at the airport, she quickly figured out that our plane wasn’t going to Orcas Island, but rather to the Clayoquot Wilderness Resort near Tofino: http://wildretreat.com/

I don’t normally write about our personal life on this blog, but I thought I would mention it since this is the vacation package that we are giving away with the purchase of the Fazioli ‘M. Liminal’ piano.

The anniversary surprise didn’t start at the resort though. Our first night was actually spent at the beautiful Shangri-La Hotel in Vancouver. Judy said that Vancouver’s Shangri-La was equivalent to, or even surpassed New York’s Carlyle, and London’s Connaught.

Our stay at the Shangri-La was also a surprise for Judy. She thought we were going to visit a friend there. During that day, I kept mentioning the friend’s name. I had also stepped out from work for a few minutes, and I ran down to the Shangri-La to check in and leave our bag in the room – I had to secretly pack it a few days before!

Then, when we went down to the hotel at 5:30pm, which was the time Judy thought we were suppose to meet our friend. As we were pulling up, I told her that the friend had mentioned we could get to their apartment from the hotel side, and it’s unit number 1414.

When we got there, she rang the doorbell, but no answer. Down the hall, there were some orchids, so I asked said: “Do you think those orchids are real?” I knew the curiosity would get the best of her, so she walked over to check.

Then I waved the key in front of the door, and it opened and I walked in, and Judy ran back and walked in right after. She walked all the way in saying “Hello? Hello??” – and then she started to realize something was up. She looked at me and said “What’s going on here???” – frowning, but still not able to contain her smile.

The picture you see here was taken just after that moment. 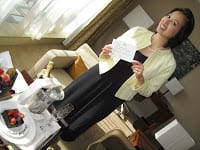 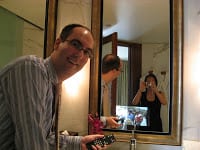 We had dinner at ‘Market’, and were treated to a couple’s massage at the ‘Chi’ Spa in the morning – the most fantastic spa treatment we have ever enjoyed!

The room had it’s own ‘Nespresso’ machine, and even a little TV in the bathroom mirror! It had buttons to control the drapes, sheers, and all the lights. Nice TV’s in both the bedroom and living room, and a nice balcony too.

After the couples massage at the ‘Chi’ Spa, we checked out and made our way to the float-plane terminal near the Vancouver airport. Here are some photos of the Clayoquot Wilderness Resort: 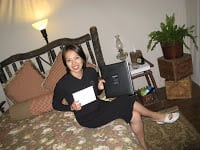 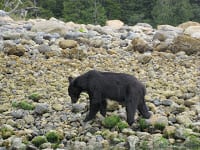 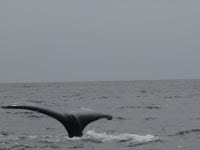 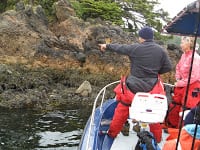 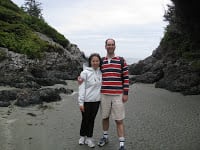 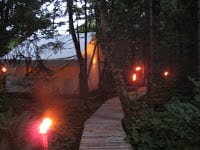 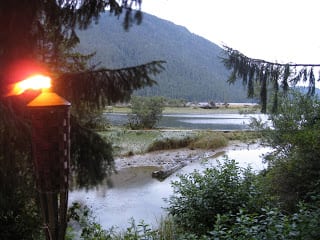 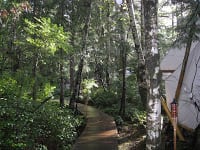 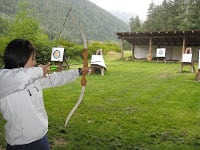 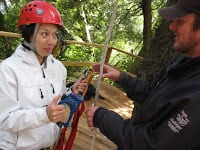 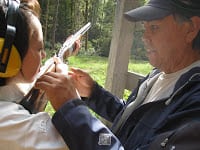 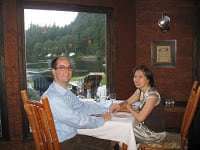 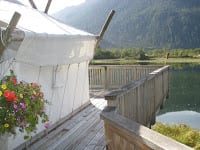 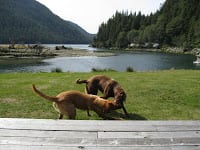 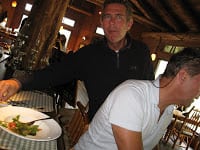 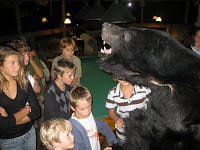 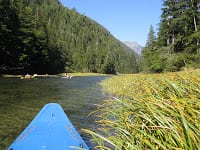 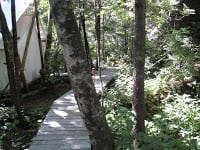 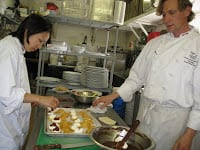 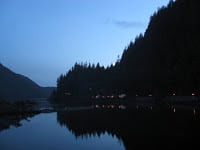 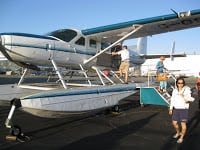 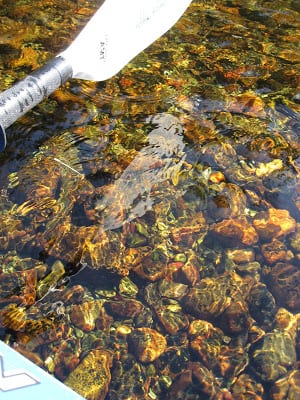